The year has only just begun and a lot of great tournaments await us, including Open Dutch Summer Cup. As you can see in the weather, it will take a while before ODSC will take place, but QNL is already looking for a committee that wants to organize ODSC this summer. The following positions are open for this committee:

If you would like to help organise this tournament? Please send a motivation email to odsc@quidditchnederland.nl!
The application deadline is 10 February 2020 at 23.59h.

Of course we are also looking for general volunteers, a message about this will be published later this year.

QNL is conducting a survey in order to find out people’s reasons to stop playing quidditch. We want to identify & address potential problems and improve quidditch in the Netherlands.

Are you a former member of QNL and/or a Dutch quidditch team? Please help us out by filling in this form!

The tournament will be played according to a round robin format on day 1, followed by a double elimination system on day 2.
On Saturday, each team will play every other team once. The ranking after day 1 will decide the seeding for day 2.

The tournament schedule can be found here.

Quidditch Nederland is looking for people to complete the national team coaching staff for the 2019/2020 season. The list of vacancies can be found here. Would you like to apply for a position? Send an email with your motivation and relevant experience to contact[at]quidditchnederland.nl.
The deadline to apply for a position in the NT coaching and management staff is Tuesday 19/11 2019 at 20h (CET).

We have received applications for the position of Head Coach and trainer.

In the summer of 2020, the IQA World Cup will take place in Richmond, Virginia (US). Of course QNL would love to see the Flying Dutchmen compete at World Cup. However, due to the high financial demands, this is a difficult task.
In consultation with the coaching staff, the decision to whether the team will participate in the tournament or not will be made. Even if it turns out that the Flying Dutchmen won’t be able to participate at World Cup, this season will be used to train and to develop the team.

Participating teams of the league are Rotterdam Ravens, Twentse Thestrals, Wageningen Werewolves and the newly established team Chaos Chimaeras. The Chaos Chimaeras are formed from existing teams Amsterdam Manticores, Dom Tower Dementors, Lumos Eindhoven and Maastricht Mosasaurs.
German team Concordia Kleve will also participate on the first league day, whether they will also participate in the rest of the league will soon become clear.

Nederlands Kampioenschap Quidditch 2019, the Dutch quidditch Championships, will be on 16 and 17 November in sports park Zuilen, Utrecht.

The battle for the title of Dutch Champion is going to take place on 16 and 17 November 2019 at sports park Zuilen in Utrecht. The tournament also decides which team(s) may represent The Netherlands at the European Quidditch Cup in 2020.

Click here to go to the event page. More information about the tournament will be released there and on the NKQ page on our website (the website page is currently still under construction and will be live as soon as possible).

The QNL board has decided to change the name of the former Europees Kwalificatie Toernooi (EKTQ) to Nederlands Kampioenschap Quidditch (NKQ).

In May 2019 it was decided to merge the Dutch championship and the Dutch qualification tournament for the European Quidditch Cup, together. The board of QNL has now decided to change the name of the tournament to one that is a better fit with it’s new status.

The tournament does not only decide which team gets to call themself the Dutch Champion, there is/are tickets to the European Quidditch Cup* (EQC) on the line as well.

NKQ 2019 is expected to take place in the middle of November. Futher information about the tournament will be released as soon as possible.

The organisational committee for the tournament is introduced below.

Do you want to help make NKQ 2019 a success? Send an email to gameplay@quidditchnederland.nl

* The number of spots for Dutch teams at EQC has not been announced yet.

It’s time to open the 2019/2020 season together! Quidditch Nederland invites you to start the year off right with some mixed games and a fun potluck.
The event is a great opportunity to introduce your teams’ new players to the Dutch quidditch community and let them play their first real games. We also encourage (new) referees and snitches to join and practice their skills!

The season kick-off will take place in Wageningen at sports centre De Bongerd from 11 to approximately 15h. The address of the sports centre is Bornsesteeg 2, 6708 PE Wageningen.

We ask everyone to bring something to eat and/or drink to share with others during the potluck.

The candicate board is working on their policy plans and will present them at the next GMM (date unknown). Afterwards, they will officially continue as the board of Quidditch Nederland.

We wish the new board a lot of luck! 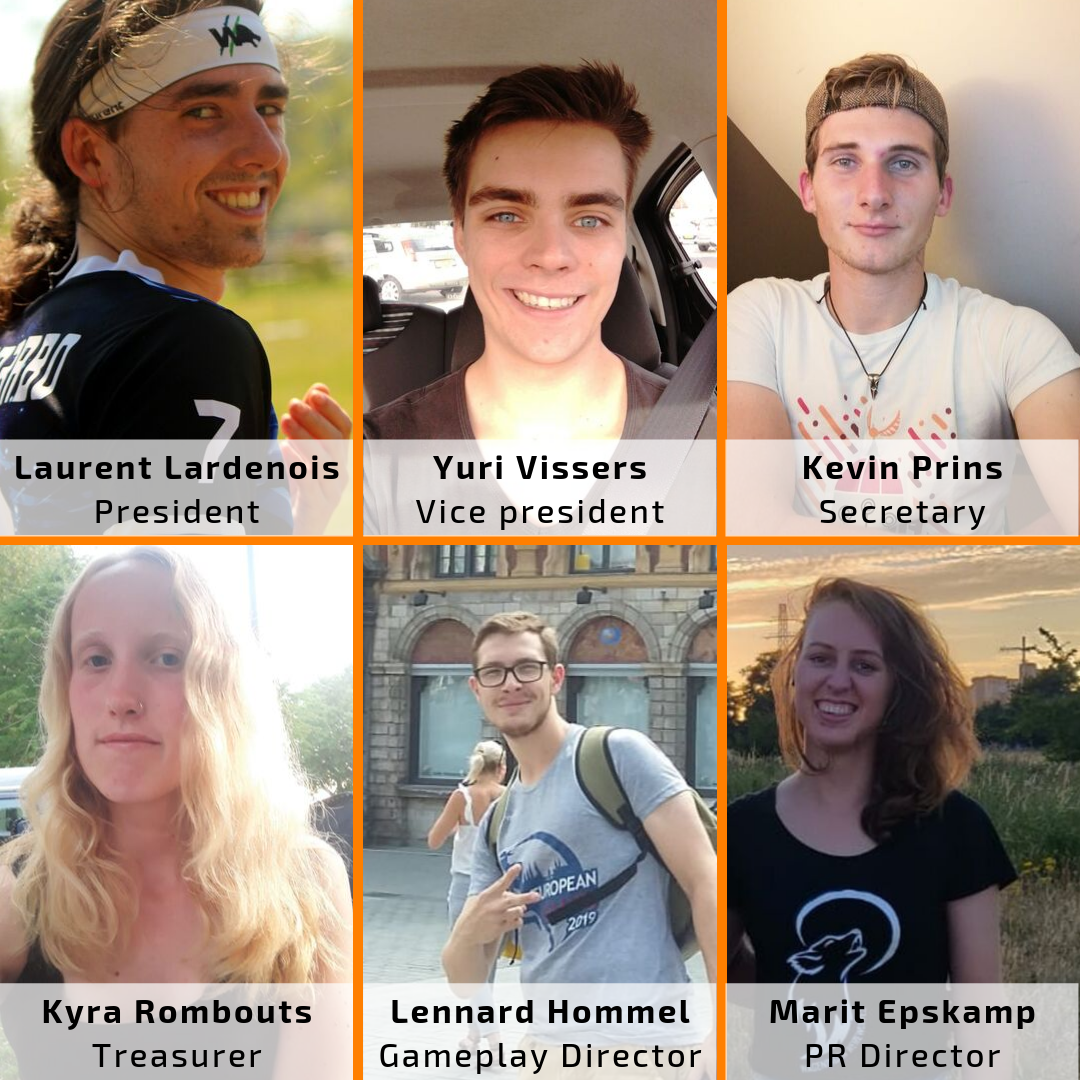 The 2019 Flying Dutchmen will not use the communication systems they have used for the past few years, Facebook and Whatsapp, but will instead move their communication towards Slack and Eventbot.

The leadership has chosen to look for alternatives after some players and people from the leadership themselves are not on Facebook (anymore), and after unclarity about the actual use of the Whatsappgroup. Therefore, there was a need for a communication system that could replace Whatsapp and Facebook, preferably with multiple distinct channels, with a good event planner for practices, and a way to easily share documents.

After looking around the clear best option was Slack. Slack has the distinct channels and has both an app for Android, IOS and Windows, but it also runs in browsers. That combined with Google Drive and the Google Drive bot that is featured in Slack meant most of the requirements we needed were being met.

The only requirement that was not being met by Slack alone was good way to replace the Facebook events, in such a way people knew when the practices where, could RSVP to the practices so that the coaches were aware of the attendance and could integrate with several calendar apps, like Google calendar. After trying several different bots there was only one bot that really satisfied all the needs and requirements, which was Eventbot.

Eventbot is a free app that has upgrade subscriptions based on everyone’s needs. The free version allows the Flying Dutchmen pretty much everything they needed for their team, however the free version is limited to 20 users, which was too small. However, their “Team” plan (which is normally $10 per month, or $5 for non-profit and educational groups) allows for 60 users, and also allows the import of an external calendar, visual representations of calendars, the scheduling of recurring events, the ability to send events to external apps like Google Calendar and even a personalized RSVP button. This makes this plan more than worth it’s small price

Eventbot will allow the Flying Dutchmen to train more efficiently, by telling the coaches who is going to be there. It will allow the players to find the details of all the training-dates more easily, while also making it easier to update their attendance and also giving them an easy way of justifying any absences. It will also allow the coaching staff to easily see who has attended what training, and it will allow the team managers to more easily communicate changes in the schedule with the entire team. This switch is the first step in getting all the communication in one place, therefore decreasing the possibility of miscommunication that has happened in the past. Eventbot will help us leave Facebook behind us while we switch to professional communication systems instead of social ones with too much distraction.

This article was written in collaboration with Eventbot, for which we received a discount.
We the Flying Dutchmen would like to thank Eventbot for their support this year.