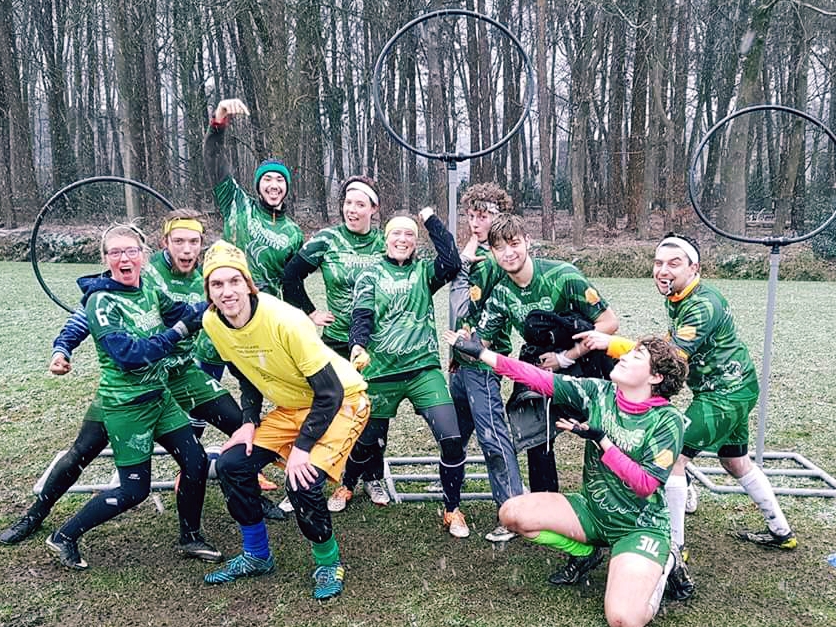 From Rotterdam, the city best known for its inhabitants directness and its (some may say harsh) grey modern physique hail the Ravens. The first team in the Netherlands with a name that doesn’t reference Harry Potter or a fantasy creature, they came onto the scene in 2016 and quickly proved that they would not be easily cast aside.

How did the team start?
“A quidditch team in Rotterdam had been a long time in the making. Former QNL president Jerona van der Gevel had been wanting to start a team in her city for almost two years but hadn’t been able to find the time. Breaking away from QNL work and meeting up with enthusiastic newcomer Samantha van den Heuvel, the ball really started to get rolling when quidditch veteran Arjen van Assem announced he would be moving to Rotterdam for his studies. Not even two months later they kicked their plans into action and the Rotterdam Ravens became a force to be reckoned with.”

What is the most important motto for your team?
“Ravens don’t forfeit. Or translated into Dutch: niet lullen maar poetsen.”

What non Dutch team do you really like?
“The Bruges Bridgebacks. We loved them so much, we adopted them.”

Want to meet the team?
The Rotterdam Ravens have weekly practices on Thursday at Sportplaza Zuiderpark in Rotterdam starting at 18.00. You can also find them on Facebook: https://www.facebook.com/RotterdamRavens/