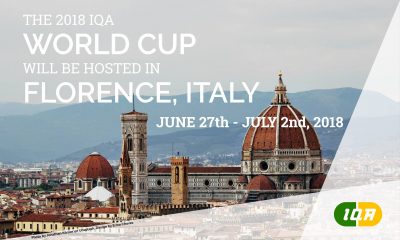 The Dutch National Quidditch Team is going to the World Cup 2018 in Florence, Italy, and it needs your help! We are looking for highly motivated players to form a practice squad, from which the final roster will be chosen to compete for The Netherlands at the World Cup.

Besides the practices with your local team, there will be 6-8 national practices up until July, including some friendlies against other teams. Everyone who is interested in playing for the Dutchmen this year is required to complete the attached form. This includes the players from last year who want to remain active in the team. The coaching staff will scout and evaluate anyone interested not only at general Dutch quidditch events, but also at two specific try-out days. The first try-out day will be on December 10th in Utrecht and the second try-out day will be at the end of January or start of February. 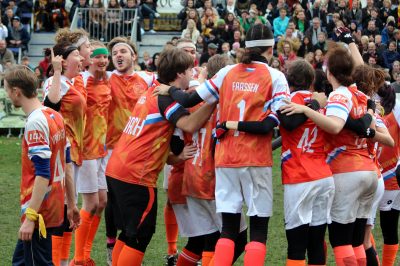 The deadline for applications is November 30th, 2017 and you have to fill in the attached form in order to be eligible for the try-out days.

If you have any questions, don’t hesitate to send an email to flyingdutchmen@quidditchnederland.nl 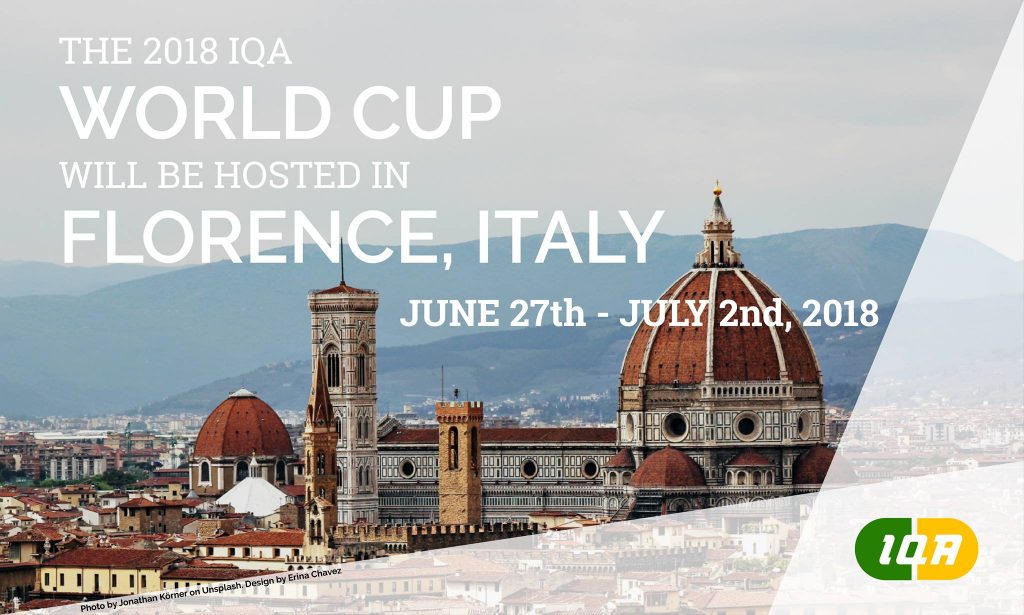 FLORENCE, 1 November: The International Quidditch Association (IQA) today announced that they have selected the City of Florence to host the IQA World Cup, working in conjunction with Human Company. National quidditch teams from around the world, from the UK and Denmark to the USA and 2016 World Champions Australia, will fly to Florence to compete to be crowned international champions of the sport.

With 31 nations planning to attend the tournament, Florence is expected to host the largest tournament in quidditch history, with an expected five hundred players coming to the city to compete and play. This will follow on from the IQA World Cup in Frankfurt in 2016, where Australia defeated the USA in the finals.

Marco Galletti, CEO of Human Company: “We are delighted with the IQA decision to award us the next Quidditch World Cup: we worked with conviction and determination on the candidacy bid on behalf of our Group and the City of Florence, not least because we are confident that events of such importance offer excellent development opportunities for our territory. Our holiday park in Florence will become an extraordinary home for enthusiasts of this discipline inspired on the unique world of Harry Potter.”

After a competitive bidding process which involved the USA, UK, France, Turkey, Australia, and Belgium, Italy was chosen as the most suitable country for 2018. With a high-quality venue, great support from the City of Florence, and a detailed plan by Human Company, the IQA will collaborate closely with the organisations to ensure the success of the international tournament.

As a center of history, culture and art, Florence is set to support athletes and participants, with the support of the City aiding the stay of the nations attending. To coincide with the competition, the Cultural Department of the City of Florence will be organising lectures and special side events in the main historical libraries and other places of cultural interest in town, for all age groups.

Andrea Vannucci, City of Florence Executive for Sports, Popular culture, Youth policies and Toponomy: “A grand event that will launch our city into a fantasy world. The most famous sport inspired by the magical world of Harry Potter offers a great occasion to host thousands of Quidditch fans in Florence.”

Andrea Miglietta, President of Associazione Italiana Quidditch: “We are excited to host the biggest IQA tournament ever made. This is a huge opportunity for us to improve our organization abilities and increase quidditch development on our country. With the great support of City of Florence and Human Company we ensure to make this IQA Quidditch World Cup into the most beautiful quidditch experience for player and spectators.”

Quidditch was adapted from the Harry Potter novels almost twelve years ago in the US. It combines elements of rugby and dodgeball to create a fast paced, full contact, mixed gender sport. It has proved to be a popular game for athletes and Potter enthusiasts alike and has grown enormously in the past few years. There are now teams on every continent as well as many countries hosting annual club championships for their top teams. To compete, teams must have a mix of genders on pitch at all times. The sport aims to be as inclusive as possible and to encourage more women in sport and increase awareness of non-binary genders.

Nicholas Oughtibridge, Chair of the IQA board of trustees: “I am delighted that the enchanting City of Florence has offered to host the 2018 IQA Quidditch World Cup in partnership with the IQA and Human Company. Florence has led European culture, challenged norms and inspires a better future. The city a natural host for our mixed gender contact sport.”