Now that everyone is safely back home and properly rested again, time for us to look back at an amazing European Quidditch Cup 2018 this past weekend!

As the sole Dutch team attending, our national hopes were on the North Sea Nargles. Sadly, they lost all of their games on the European stage, but with several key players were missing, and their roster having quite a share of newer places, the focus was on gaining (international) experience and hopefully make some international friends in the process. It is safe to say that these goals were reached easily!

Next year, Quidditch Europe is introducing a new system for the European Quidditch Cup, in which the event is divided into two divisions. Based on the performance of the Dutch teams over the last few years, Quidditch Nederland has been put into Division 2. We are looking forward to a new and improved European Quidditch Cup next season, and are excited about what the future might bring.

The Nargles were not the only Dutchies to be working up a sweat at the tournament! The Netherlands once again brought various highly motivated volunteers and officials: 6 referees, 2 snitches, and 2 livestream volunteers spent their weekend helping to make EQC2018 the event it was. Three of these we would like to give some special mentions to:

First, our membership director Annemieke Drost, who has clearly found her new passion in quidditch livestreams. Annemieke spent the past few months helping Toni Zimpel and the Ruhr Phoenix livestream team prepare for the massive undertaking of livestreaming EQC with two cameras (regular view and snitch cam), a moderated chatroom, various commentators, and even interviews. Operating the main camera for over half of the event, she was certainly an important part of this year’s livestream.

Next, Max van Veen, who stepped up to volunteer as a Snitch at EQC2018. At his first international tournament in the role of Snitch, he managed some impressive performances against the various teams, and certainly left an impression on the attending teams. Special congratulations are also in order for managing to last 16 minutes in his very first game of the weekend, reaching his last handicap!

Lastly, our vice president Chula Bruggeling, once more gave an impressive showing as not only a referee but general support to the event. Officiating a whopping 13 games over the weekend, 10 of which as a Head Referee, apparently wasn’t all she did last weekend; she could also be found from 5am to late into the evening helping out the committee tirelessly!

Quidditch events cannot happen without volunteers, and we’d like to extend a heartfelt thank you to all Dutch volunteers who helped make EQC2018 a resounding success. As an NGB, we are proud of our Dutch tradition of volunteering abroad in large numbers, and hope to see this continue for many years still.

Last but not least, we want to extend our congratulations to ex-QNL member Adrienne Robert-Vassy and her current team, Titans Paris, for their gold medals. Congratulations on your third European title, Titans! 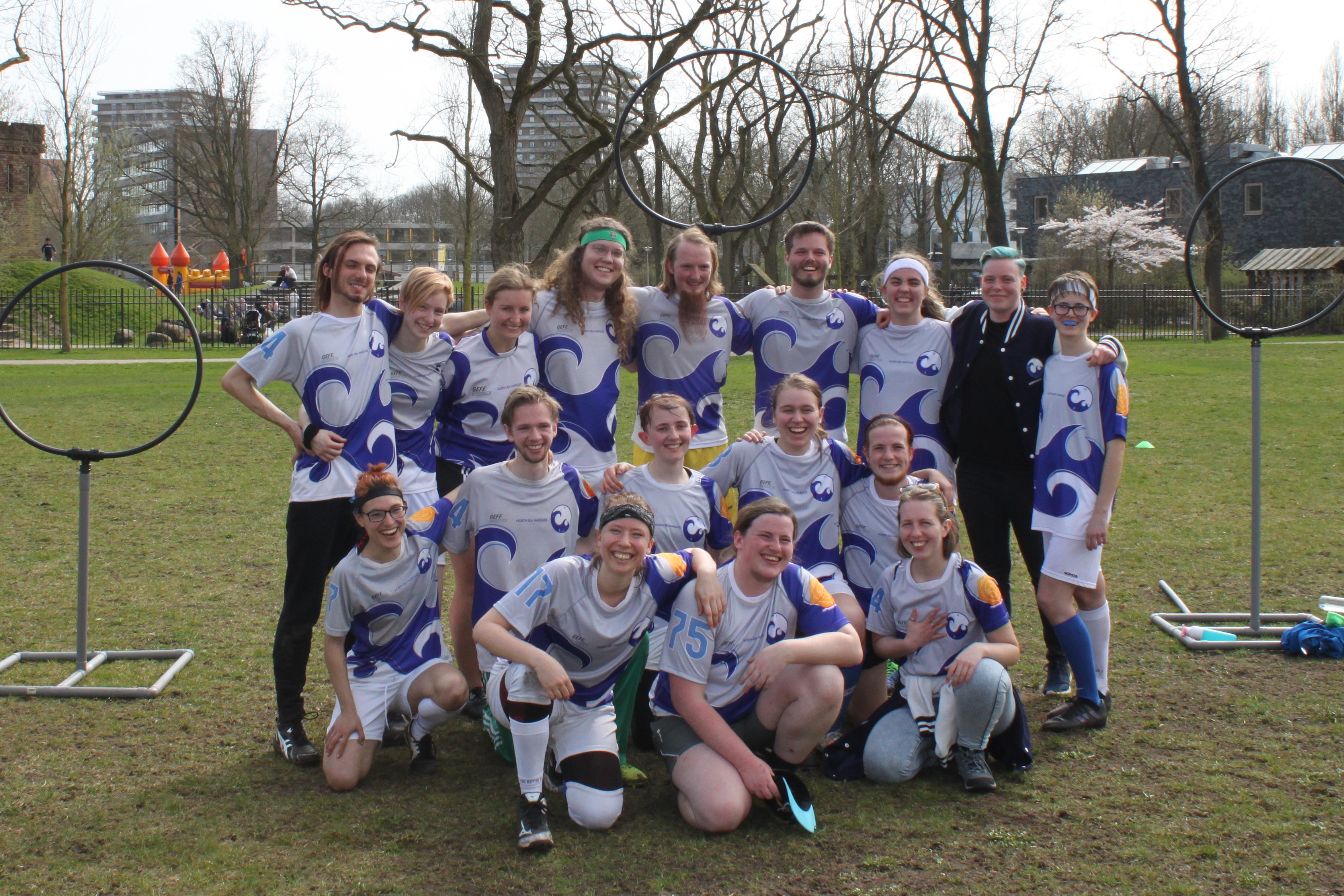